Welcome to this beautiful Yoga inspired routine for neck, shoulder and upper back pain relief. These stretches are designed to help you reduce tension, and gain more relaxation and body awareness. Gift yourself with 10 minutes, just for yourself!
The exercises are suitable for beginners and you can basically do them everywhere. Either sitting on a mat (optional on a blanket), on a chair, at the edge of your bed or even outside while waiting for public transportation.
This routine is also the perfect little office break in order to release tension caused by sitting all day long at the desk.
707-429-4861
258 Sunset Ave
Suisun City, CA 94585
Website
Posted by Pazdel Chiropractic at 10:30 AM No comments: 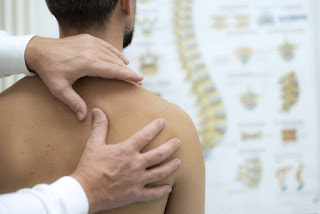 In science-based medicine, the term "subluxation" refers to an incomplete or partial dislocation of a joint, from the Latin luxare for 'dislocate'. While medical doctors use the term exclusively to refer to physical dislocations, Chiropractic founder D. D. Palmer imbued the word subluxation with a metaphysical and philosophical meaning drawn from pseudoscientific traditions such as Vitalism.
Palmer claimed that vertebral subluxations, interfered with the body's function and its inborn ability to heal itself. D. D. Palmer repudiated his earlier theory that vertebral subluxations caused pinched nerves in the intervertebral spaces in favor of subluxations causing altered nerve vibration, either too tense or too slack, affecting the tone (health) of the end organ. He qualified this by noting that knowledge of innate intelligence was not essential to the competent practice of chiropractic. This concept was later expanded upon by his son, B. J. Palmer, and was instrumental in providing the legal basis of differentiating chiropractic from conventional medicine. In 1910, D. D. Palmer theorized that the nervous system controlled health:
"Physiologists divide nerve-fibers, which form the nerves, into two classes, afferent and efferent. Impressions are made on the peripheral afferent fiber-endings; these create sensations that are transmitted to the center of the nervous system. Efferent nerve-fibers carry impulses out from the center to their endings. Most of these go to muscles and are therefore called motor impulses; some are secretory and enter glands; a portion are inhibitory, their function being to restrain secretion. Thus, nerves carry impulses outward and sensations inward. The activity of these nerves, or rather their fibers, may become excited or allayed by impingement, the result being a modification of functionality – too much or not enough action – which is disease."
Read more, here.
Visit us today!
707-429-4861
258 Sunset Ave
Suisun City, CA 94585
Website
Posted by Pazdel Chiropractic at 10:09 AM No comments: 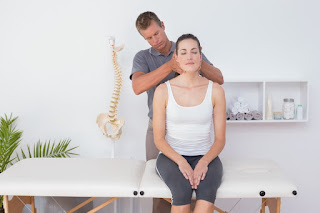 Straight chiropractors adhere to the philosophical principles set forth by D. D. and B. J. Palmer, and retain metaphysical definitions and vitalistic qualities. Straight chiropractors believe that vertebral subluxation leads to interference with an "innate intelligence" exerted via the human nervous system and is a primary underlying risk factor for many diseases. Straights view the medical diagnosis of patient complaints, which they consider to be the "secondary effects" of subluxations, to be unnecessary for chiropractic treatment. Thus, straight chiropractors are concerned primarily with the detection and correction of vertebral subluxation via adjustment and do not "mix" other types of therapies into their practice style. Their philosophy and explanations are metaphysical in nature and they prefer to use traditional chiropractic lexicon terminology such as "perform spinal analysis", "detect subluxation", "correct with adjustment". They prefer to remain separate and distinct from mainstream health care. Although considered the minority group, "they have been able to transform their status as purists and heirs of the lineage into influence dramatically out of proportion to their numbers."

Mixer chiropractors "mix" diagnostic and treatment approaches from chiropractic, medical or osteopathic viewpoints and make up the majority of chiropractors. Unlike straight chiropractors, mixers believe subluxation is one of many causes of disease, and hence they tend to be open to mainstream medicine. Many of them incorporate mainstream medical diagnostics and employ conventional treatments including techniques of physical therapy such as exercise, stretching, massage, ice packs, electrical muscle stimulation, therapeutic ultrasound, and moist heat. Some mixers also use techniques from alternative medicine, including nutritional supplements, acupuncture, homeopathy, herbal remedies, and biofeedback.

Although mixers are the majority group, many of them retain belief in vertebral subluxation as shown in a 2003 survey of 1,100 North American chiropractors, which found that 88 percent wanted to retain the term "vertebral subluxation complex", and that when asked to estimate the percent of disorders of internal organs that subluxation significantly contributes to, the mean response was 62 percent. A 2008 survey of 6,000 American chiropractors demonstrated that most chiropractors seem to believe that a subluxation-based clinical approach may be of limited utility for addressing visceral disorders, and greatly favored non-subluxation-based clinical approaches for such conditions. The same survey showed that most chiropractors generally believed that the majority of their clinical approach for addressing musculoskeletal/biomechanical disorders such as back pain was based on subluxation. Chiropractors often offer conventional therapies such as physical therapy and lifestyle counseling, and it may for the lay person be difficult to distinguish the unscientific from the scientific.

Do you have pain in your neck that presents as pain, numbness, or tingling in your shoulder, arm, or hand? The cause could be a pinched nerve in your neck. Check out the best physical therapy exercises you can do at home to alleviate symptoms of a pinched neck nerve so you can start to feel better today.
707-429-4861
258 Sunset Ave
Suisun City, CA 94585
Website
Posted by Pazdel Chiropractic at 9:00 AM No comments: 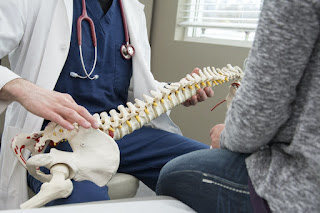 Chiropractic is generally categorized as complementary and alternative medicine (CAM), which focuses on manipulation of the musculoskeletal system, especially the spine. Its founder, D. D. Palmer, called it "a science of healing without drugs".

Chiropractic's origins lie in the folk medicine of bonesetting, and as it evolved it incorporated vitalism, spiritual inspiration and rationalism. Its early philosophy was based on deduction from irrefutable doctrine, which helped distinguish chiropractic from medicine, provided it with legal and political defenses against claims of practicing medicine without a license, and allowed chiropractors to establish themselves as an autonomous profession. This "straight" philosophy, taught to generations of chiropractors, rejects the inferential reasoning of the scientific method, and relies on deductions from vitalistic first principles rather than on the materialism of science. However, most practitioners tend to incorporate scientific research into chiropractic, and most practitioners are "mixers" who attempt to combine the materialistic reductionism of science with the metaphysics of their predecessors and with the holistic paradigm of wellness. A 2008 commentary proposed that chiropractic actively divorce itself from the straight philosophy as part of a campaign to eliminate untestable dogma and engage in critical thinking and evidence-based research.

Chiropractic is a form of alternative medicine concerned with the diagnosis, treatment and prevention of mechanical disorders of the musculoskeletal system, especially of the spine. It has esoteric origins and is based on several pseudoscientific ideas.
Many chiropractors, especially those in the field's early history, have proposed that mechanical disorders of the joints, especially of the spine, affect general health, and that regular manipulation of the spine (spinal adjustment) improves general health. The main chiropractic treatment technique involves manual therapy, especially manipulation of the spine, other joints, and soft tissues, but may also include exercises and health and lifestyle counseling. A chiropractor may have a Doctor of Chiropractic (D.C.) degree and be referred to as "doctor" but is not a Doctor of Medicine (M.D.) While many chiropractors view themselves as primary care providers, chiropractic clinical training does not meet the requirements to be such a provider.
Read more, here.
Visit us today!
707-429-4861
258 Sunset Ave
Suisun City, CA 94585
Website
Posted by Pazdel Chiropractic at 10:58 AM No comments:

This short session focuses on yoga for the neck, shoulders and upper back. This the perfect moment to check in and care for yourself! We focus on targeted areas that get stressed through everyday activity to combat neck tension, shoulder pain, upper back pain, and poor posture. This therapeutic sequence will combat stress, reduce inflammation, relieve discomfort and increase range of motion.
Bookmark this practice and repeat to release built-up stress in these targeted areas. Preventative care is the best care!
707-429-4861
258 Sunset Ave
Suisun City, CA 94585
Website
Posted by Pazdel Chiropractic at 9:30 AM No comments:

Welcome to Our Office 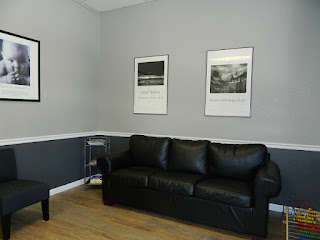 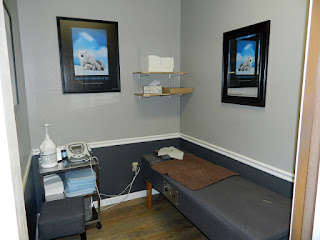 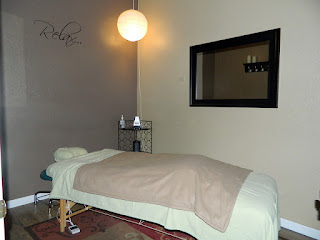 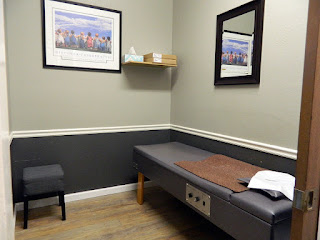 The surprising reason you feel awful when you're sick - Marco A. Sotomayor

What actually makes you feel sick? Discover how your immune system and proteins called cytokines respond to infections.