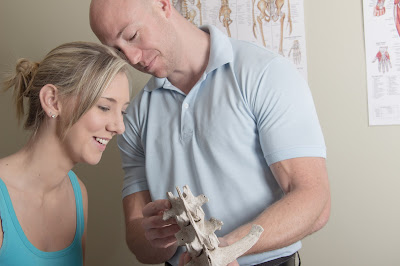 Chiropracticis a health care profession that focuses on disorders of the musculoskeletal system and the nervous system. Those that use chiropractic care regularly recommend it highly for a variety of reasons. Here are the seven best reasons to find a chiropractor when you aren't feeling your very best.

1. Chiropractic Has Been Proven Safe

Chiropractic is one of the safest therapies available if you are suffering from any neuromusculoskeletal issues such as back, neck, joint, or head pain.

The most common issue involving chiropractic isn't an injury at all. It is simply some mild soreness after adjustment. Think about how your muscles feel if you've done something you don't normally do. You feel sore because your muscles, bones, and ligaments have moved in ways they are not used to moving. This is what happens during a chiropractic adjustment but on a minor scale. Any soreness you feel will be gone within 24 hours and most patients feel immediately better with no soreness whatsoever.

Why is chiropractic so safe? There are four main reasons:
Chiropractic is so safe that agencies unassociated with chiropractic tout its benefits. For instance, the Agency for Health Care Policy and Research (AHCPR), part of the US Department of Health and Human Services, found that complications are rare. Not only that, they suggest that chiropractic should be used before surgery is considered. And finally, they state that prescription drugs are not recommended for most back pains.

2. Chiropractic Has Been Proven Effective for Pain

But what of acute lower back pain? A report released by the Agency for Health Care Policy and Research recommended chiropractic as the best treatment for this ailment. A study from the University of Pittsburgh Medical Center and the Jefferson County (Missouri) Rehabilitation Centre showed that there was immediate improvement when chiropractic was used to treat acute low back pain.

Patients of chiropractic seek help for neck pain or discomfort as well. In fact, 19% of patients report neck pain at the first consultation. This pain is usually caused by accident or injury but can also be brought on by every day living.

Beyond the back and neck, patients often seeks chiropractic care for headaches, including migraines. For chiropractic patients, migraines are often reduced or resolved without using pain killers or other prescription medications. A study was published by chiropractic doctors at University of Odense and the Nordic Institute of Chiropractic and clinical Biochemist in Denmark showing that spinal adjustments and soft tissue therapy allowed for steady improvement.

Many people understand the role of chiropractic in the back, neck, and head because chiropractors are seen as "back doctors." However, chiropractic has proven effective for many other conditions such as carpal tunnel syndrome, fibromyalgia, infantile colic, and much more.

For pain associated with a variety of conditions, chiropractic is proven effective, often more effective than modern medical treatments. Coupled with the safety of chiropractic, it should be your first choice when dealing with pain.

If you go to a medical doctor due to neck and back pain, you are likely to be given nonsteroidal anti-inflammatory drugs, known as NSAIDS. Although these drugs are given out regularly, they do have significant risks t hat are far greater than the typical issue, soreness, seen with chiropractic.
NSAID risks include:
Another typical treatment is bed rest. But this, too, can cause problems such as muscles atrophy, heart and lung weakness, bone loss, and blood clots.

Let's not forget surgery. Surgery is used for neck and back pain whenever painkillers and bed rest don't work and the risks of surgery are great. They include:
Chiropractic has none of these risks because it is not invasive. There is no cutting on the body and there is no medication prescribed. To avoid the risks associated with NSAIDS and surgery, chiropractic is an excellent choice.

4. Chiropractic is Less Disruptive to Your Lifestyle

Chiropractic is done on an outpatient basis and has easy recovery, often less than 24 hours of minimal soreness. Consider this in comparison to the recovery of surgery.

After any surgical procedure, the body needs time to repair tissues damaged during the surgery so that the body can return to normal. Surgical recovery is a process that can take time, often long periods of time requiring medication and bed rest. In fact, pushing yourself too hard after surgery will cause setbacks and make your recovery time longer.

Chiropractic, on the other hand, has limited recovery time. At most, chiropractic patients may feel some mild soreness in the area of the manipulation. This soreness is typically gone in a matter of hours, not days or weeks as with surgery.

Additionally, surgical patients that are older, out of shape, overweight, or generally in poor health will take far longer to heal and be ready for every day life. Although different factors will dictate how quickly you are pain free, the ability to resume your lifestyle happens quickly with most patients, often with as little as one manipulation.

Why so cost effective? Medical doctors and physical therapists rely on:
Over 50% of the charges are simply for diagnostic procedures and not for actual pain relief.
On the other hand, the majority of chiropractic expense comes from office based treatment with less than 10% of costs arising from diagnostics, typically in the form of spinal x-rays.

By reducing these items, overall costs associated with chiropractic care are significantly less than that of traditional medical care.

6. Chiropractic Helps With Injuries Due to Accidents

Chiropractic is beneficial in treating various injuries such as sprains, pulled muscles, and joint problems due to auto, sports, work, and everyday injuries. The most common injuries due to accidents are:
Whiplash is the sudden movement that causes distortions to the neck. This type of sudden movement often happens during a car crash, even one at very low speeds. Although you may not initially feel any pain, the vertebrae that move out of place will eventually cause problems with the nerves and cause you pain from misalignment or subluxations. Medical doctors prescribe pain meds and bed rest for whiplash, which may be good for a day or two, but not for the long run. There is no way to remain in bed indefinitely nor is it possible to function regularly on pain medications. A chiropractor will help you with the cause of the problem rather than help you manage the symptoms.

Lower back misalignment can happen suddenly or over a long period of time. For instance, you can improperly lift something heavy resulting in immediate back pain, or you can simply have poor posture that results in back pain over time. The misalignment causes subluxations that can be corrected using chiropractic.

Lower back pain is made up of several different low back problems including:
The ability to correct injuries holds true for the upper back and neck as well.
Repetitive Motion Injuries are a fast growing source of pain in the United States often associated with the workplace, particularly sitting at a computer terminal for long periods of time. Repetitive motion injuries cause less oxygen to get into the muscles and this causes scar tissue to develop. Chiropractic releases the subluxations causing the pain.

So, whether your pain is from a car accident or merely sitting incorrectly at work, chiropractic is a way for you to feel better fast.

7. Chiropractic: Because You Live, Move, and Breathe

Because you are alive and move about, you are sure to cause a misalignment of your spine at one time or another. Simple movements such as sitting or bending can cause problems. So can walking, running, stretching, and lifting. In fact, any movement can create a subluxation and subluxations cause pain when left alone. So, if you move, then you can benefit from chiropractic.

Whether you are out running every day or see yourself more as a couch potato, chiropractic can be beneficial to you. It is the most effective natural healthcare available. And, as you've learned, it is safe, effective, non-invasive, inexpensive, and great for any injuries you may have. If you live, move, or breathe, you should have a doctor of Chiropractic as a member of your personal health care team.