Famous Athletes Who Use Chiropractic Care 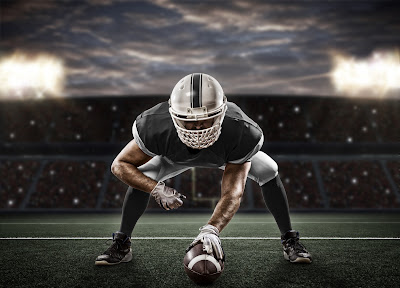 Chiropractic treatment is commonly prescribed to treat neuromusculoskeletal problems including neck pain, back pain, pain in arm or leg joints, and headaches. Chiropractors take a hands-on approach to treatment that is free of drugs and invasive procedures. They examine, diagnose, and treat people from all walks of life including individuals who have achieved notoriety. Many famous athletes have benefitted from chiropractic care that treats injuries and other conditions.

How Some Athletes Feel About Chiropractic Care

Spinal manipulation, sometimes called chiropractic adjustment, is the most common therapeutic procedure performed by a chiropractor. Controlled force is manually applied to joints whose movement has been restricted due to a tissue injury. A single trauma or repetitive stresses can cause this injury and manipulation intends to restore mobility to affected joints.

An Olympic gold medalist in the decathlon, Dan O'Brien believes that chiropractic treatment is "absolutely essential" to the sport of track and field. He recommends alignment for healing and competing at full potential. Former Dallas Cowboys running back, big game champion, and MVP Emmitt Smith used chiropractic treatment throughout his football career to balance his body and ensure that it functioned properly. Fellow champion football player Jerry Rice called chiropractic the "key" to helping him remain in the game.

Benefits of Chiropractic Care Extend to Cycling and Golf

It may not be surprising to learn that chiropractic benefits runners, boxers, weight lifters, and football and baseball players. These sports are known for their strenuous activities. However, cycling and golf are also demanding on the body, particularly when competing at the professional level. Former professional cyclist and Tour de France veteran Lance Armstrong considered a chiropractor one of the most important men on his team.

Tiger Woods has won many competitions during his golf career including 14 PGA championships. He believes that chiropractic treatment and lifting weights have made him a better athlete. Woods called regular chiropractic treatments are as important to his training process as is practicing his swing. If these athletes benefit from chiropractic therapy, so can the average person.