Why More People Are Choosing Chiropractic Over Drugs and Surgery for Back Pain? 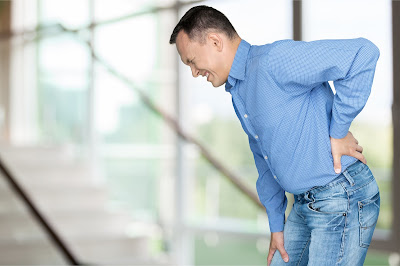 Conventional medicine is built on treating illnesses with two tools and only two tools: drugs and surgery. You can visualize a conventional doctor as a workman who carries only a hammer and a screw driver. To be fair, they're the absolute best hammer and screw driver that science can build, and the workman is very, very good with those particular tools; if you need a nail or screw driven, this is the guy you want to hire.

But back pain isn't all just nails to be hammered and screws to be driven. Back pain can be caused by multiple factors, and each cause can require a different kind of treatment.Would it make sense to fix everything with only two tools even though that the problem may require other tools? Would it be better to patch the road or fix it at its root?

For example, if drugs are used to treat a spinal misalignment, will that correct that misalignment that is causing the pain? Or will that just temporary inhibit the pain without treating the cause? Ultimately, medications are there to just block the pain, and although this eases the anguish associated with back pain, it does not restore the functional biomechanics. Even worse, while prescription drugs can be effective at treating pain, in most cases they can't do anything to fix the underlying problem causing that pain. This means that if you want that pain to stay away, you have to keep taking those drugs until the cause of the pain somehow fixes itself. That's a life sentence of sky-high medical bills and side effects!

Pain is a sign that something is seriously wrong with the body, and blocking that mechanism will only cause more damage in the long run. Wouldn't it be better to treat the underlying problem and restore its proper function?

And surgery, while generally more effective at treating the root cause of a problem, can be even more dangerous. Iatrogenic disease-that is, illnesses caused by doctors-is currently the number three cause of death for Americans, behind only cancer and heart disease. Every time a patient goes under the knife, no matter how necessary, they are taking their life in their hands. Again, there are certainly conditions where surgery is the best option, but why put up with the risks of surgery when there are alternative treatments that can deal with a problem before it gets bad enough for surgery to be the only option?

In short, when it comes to back pain, conventional medicine comes at the problem with nothing but that hammer and screw driver, and whatever the cause of the pain may be, those are the tools you get. Given the alternative, wouldn't you rather be treated by someone with a complete toolbox, a medical practitioner who approaches each problem by its own standards instead of using the same approach to every malady?

Considering how inadequate the drugs-and-surgery method is at effectively treating back pain, is it any surprise that millions of Americans are seeing Doctors of Chiropractic? Chiropractic medicine, unlike conventional medicine, isn't about treating symptoms, but about treating people. Doctors of Chiropractic make use of a wide range of methods and equipment to treat a variety of problems. After all, chronic disorders such as back pain result in almost 80% of health care expenditures in the United States, and chronic disease can't generally be fixed with drugs or surgery. Chiropractor helps patients look at their lifestyle and medical history as a whole so they can treat the root cause of chronic pain-and "treat" doesn't mean "make it go away by taking a pill."

Let's examine why more and more people are looking to chiropractor to treat their back pain:

Chiropractic is Safe and All Natural

Compared to the dangers of surgery as described above, chiropractic is incredibly safe, with injury to patients during spinal manipulation reported in fewer than one in three million adjustments. Doctors of chiropractic make use of all natural remedies instead of relying on prescription drugs, which lead to millions of hospitalizations annually. The safety of chiropractic explains why malpractice insurance is one of the lowest of any medical practitioner.

Chiropractic is Effective for Back Pain

Chiropractic Has Shown to Reduce Hospital Admissions and Healthcare Costs

Doctors of Chiropractic don't just keep their patients safe when treating back pain; they actually reduce hospital admissions as a result of their treatment. According to the Journal of Manipulative and Physiological Therapeutics, patients who saw chiropractor as their primary care physician experienced 43% fewer hospitalizations and had more than 50% reduction of their pharmaceutical costs. Considering how many hospital visits result in iatrogenic disease, it's not only better financially to avoid hospitalization, it's a lot safer, too!

Chiropractic is the not answer to every health ailment. However, for musculoskeletal issues such as back and neck pain, headaches, and other related disorders, it is a safer and more effective treatment than drugs and surgery.