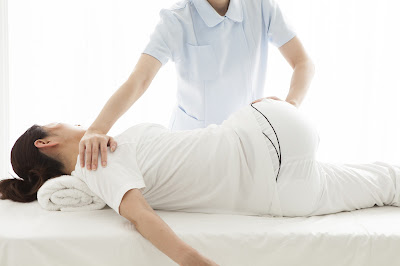 Most people would probably think that the chiropractic field is a relatively new method of health treatment compared with conventional medicine. Very few know the actual history of chiropractic, but the truth is that it began long ago and has been successful in improving patients' ailments for thousands of years.
Definition of Chiropractic Care
The term chiropractic comes from the Greek "chiro" meaning hand, and "practic" referring to practice or operation. And in its early days and still today much of chiropractic care involves "hand treatments" to manipulate the spine back into its proper position.
Chiropractors focus on the connection between the alignment of the spine and the functioning of the surrounding muscles and nerves. They emphasize the practice of only noninvasive and natural health care methods.
The Ancient Days
Using the hands and other methods to manipulate the spine dates back all the way to ancient China and Greece. During the time period of 2700 B.C. To 1500 B.C., records were made documenting the use of such chiropractic care by physicians of the day.
And later, around 400 B.C., two Greek contemporaries, Hippocrates and Herodutus both employed the practice to cure their patients. In some of his writings, Hippocrates said, "Get knowledge of the spine, for this is the requisite for many diseases."
Daniel David Palmer
Little was heard of chiropractic care in the Western world until 1895, when a man named Daniel David Palmer founded the modern chiropractic profession in Iowa. Palmer had been in the business of magnetic healing until September of 1895 when he had an interesting encounter with a janitor at his office.
The janitor had been deaf for several years. He told Mr Palmer that his hearing loss occurred suddenly one day after he had bent down in an awkward position, and heard a "pop" in his back. Palmer felt the man's back and found a vertebra grossly out of position.
"I reasoned that if that vertebra was replaced, the man's hearing should be restored," Palmer recorded in his notes."With this object in view, a half hour's talk persuaded Mr. Lillard to allow me to replace it. I racked it into position by using the spinous process as a lever, and soon the man could hear as before."
Soon after this "miraculous" success, Palmer took on a new role, as the first American chiropractor, using spinal realignment techniques to improve everything from the flu to migraine headaches to epilepsy to heart problems.
Palmer once said of his discovery, "I am not the first person to replace subluxated vertebrae, but I do claim to be the first person to replace displaced vertebrae by using the spinous and transverse processes as levers... and to develop the philosophy and science of chiropractic adjustments."
In 1898, he began the Palmer School & Infirmary of Chiropractic to help others take on the role of chiropractor. Since that time, chiropractic care has become one of the largest branches of the medical field with hundreds of new chiropractors graduating each year from accredited colleges and universities.
Article Source: http://EzineArticles.com/expert/Andrew_Stratton/83489