Who Goes To A Chiropractor? 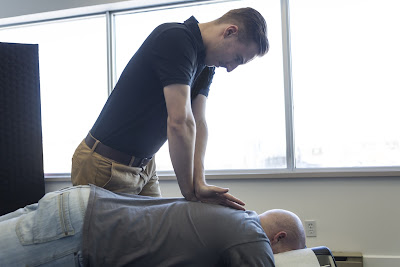 As a practicing chiropractor of over 30 years I believe I have seen all manner of chiropractic detractors and adherents. I can definitely see how observers, patients, non-patients and other healthcare professionals can be confused about the chiropractic profession.

I certainly don't profess an ability to explain every aspect of chiropractic care and practice. However a background of experience, education, and knowledge permits me a certain degree of latitude to be able to detail some factual information regarding the profession of chiropractic and to extrapolate upon relevant research.

Gallup is a professional polling and survey company. In 2015 Gallup performed a study of 5442 adults in the United States regarding the chiropractic profession. This was the first ever nationally representative survey measuring perceptions of and experience with chiropractic among US adults.

This is significant and positive considering that 80 percent of the US population will have at least one disabling episode of lower back pain before the age of 40. Chiropractic care has been shown by many research studies to be the first line, primary conservative method for treating lower back pain.

Gallup additionally noted that the survey revealed those who had never been to a chiropractor were concerned about safety. To those of us in the chiropractic profession this came as startling news because chiropractic care has been shown in numerous research studies to be exceedingly safe, especially for the treatment of the neck and lower back pain. With the public's concern about safety of chiropractic treatment the profession is making an effort to expand its public relations in educating the general public and other healthcare professionals as to just how safe the rendering of chiropractic care truly is.

The Gallup study has provided a wealth of information regarding the profession of chiropractic and usage and perceptions by the general public. This is a great service as more awareness about care given by chiropractors will help the overall improvement of the health of the country.